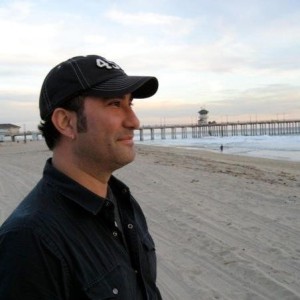 Today, I am discussing Kurt Vonnegut’s second rule of writing fiction. There are eight of them.

Give the reader at least one character he or she can root for.

What emotional state is your protagonist in?

A negative inciting incident can answer this question. It is an effective tool that will get your audience into the story without much effort. It puts your hero in a dilemma that he must resolve. The reader gets pulled into the situation and sides with the main character. The hero’s emotional state can be the actual journey or a monkey on his back that will hinder his quest. The important thing to remember is to get the reader committed to the main character and his world. Once the journey begins, the pages need to turn from chapter to chapter. A master of this technique is Stephen King.

Stephen King uses the indirect characterization approach with amazing efficiency. He starts most of his books by placing the main character in a dreaded situation. Usually, it is simple in nature, but he takes it out of context. For example, Carrie, in the book Carrie, menstruates in the locker room of her school. This is of itself could happen without much trauma, but he doesn’t leave it there. This natural phenomenon of womanhood occurs in front of a group of malicious young women. They ridicule her and make her feel abnormal. The reader can feel Carrie’s embarrassment and shame. King took something very natural and turned it into a horrible experience. One that the reader can relate to, whether it has happened to them or not. Even men can feel Carrie’s pain, which is a very good thing, as the majority of King’s readers are young men.

Janet Burroway’s in “Writing Fiction” describes good characters as round and multifaceted. They are alive in the pages of well-written books. The characters can make choices and evolve in unexpected ways. In other words, they are alive and real.

How can your protagonist have depth?

One way to build a memorable character is to give your protagonist a detailed history. Two or three pages of backstory should suffice. You, as the author, need to know his tendencies, the number of siblings, and even the brand of toothpaste he uses. The details that the reader doesn’t know, but you do. It allows you to present a well-rounded individual in your story. The heroes essence, skills, and flaws are in the details. You can present them at precise moments of importance throughout the story. Since you created this persona from thin air, you can deconstruct his DNA and reassemble it as needed. Think of yourself as a literary Dr. Frankenstein.

Secondary characters don’t need extensive biographies. Their histories can be single written pages. Although limited in capabilities, their few qualities should be intriguing. A bit of mystery is always good to keep readers guessing, as long as it doesn’t cause deviation from the story.

These background personas in your story are catalysts and/or obstacles in the hero’s journey. They are as rungs in a ladder that allow the main character to climb to the next level. They give your book alternate dimensionality that you can use in future stories. Keep the reader enjoying this present tale, while promoting future adventures. This can help you in creating devoted fans.

How do you get more empathy for your protagonist?

As the writer, you have to get into your main character’s head, you have to live his life. When he is angry, you get enraged. When he breaks an arm, you seek a doctor. When he eats a three-scoop banana split, you gain five pounds. Everything he does is a choice that he has to think about — and so do you. When things happen to him, you have to react and realize the consequences of those actions. His brain is equal to yours. There is no separation.

If you do this with your protagonist, so will your readers.

Direct and indirect characterization are two ways to get the reader interested. Ernest Hemingway and John Steinbeck used the direct technique to much acclaim. Stephen King, a more contemporary writer, prefers the indirect style to introduce characters. He is very successful with this method.

Here is a bit from Steinbeck’s book, Of Mice and Men.

Lennie is big and dumb. His childlike innocence allows him to take an active role in George’s dream of owning a farm. Lennie loves soft things and animals, which he accidentally kills because of his strength. His size combined with his mental handicap frequently put him and George in difficult situations.

George is a small, quick-witted, migrant worker who travels with his friend Lennie. He speaks of how much better his life would be without Lennie, but only does so in anger. George represents the working man and his struggle to rise above his harsh circumstances.

Steinbeck is very descriptive about his two main characters. There is no second-guessing about their attributes. The heroes have flaws, very much like ours. Lennie’s mental handicap draws empathy immediately from the observer. And, the fact that George is his friend makes us root for him as well. The outcome of this story is almost predictable, but not enough to stop us from reading more. Steinbeck uses blunt description to his advantage.

Below is a section from Hemingway’s book, The Old Man and the Sea.

The old man was thin and gaunt with deep wrinkles in the back of his neck. The brown blotches of the benevolent skin cancer the sun brings from its reflection on the tropic sea were on his cheeks. The blotches ran well down the sides of his face and his hands had the deep-creased scars from handling heavy fish on the cords. But none of these scars were fresh. They were as old as erosions in a fishless desert.

Everything about him was old except his eyes and they were the same color as the sea and were cheerful and undefeated.

The words tell us the fisherman has had a hard life. But he is not complaining. In his eyes, we see a rich desire to experience more. The writer has made us relate to the craving in all of us. The thirst for life itself is in this man. It does not matter that he is wrinkled and old. We empathize with the old man because we are him. Hemingway knew how to describe his subject to get the reader hooked — no pun intended.

Presented is a snippet from King’s book, The Mist.

This is what happened. On the night that the worst heat wave in northern New England history finally broke-the night of July 19-the entire western Maine region was lashed with the most vicious thunderstorms I have ever seen.

We lived on Long Lake, and we saw the first of the storms beating its way across the water toward us just before dark. For an hour before, the air had been utterly still. The American flag that my father put up on our boathouse in 1936 lay limp against its pole. Not even its hem fluttered. The heat was like a solid thing, and it seemed as deep as sullen quarry-water. That afternoon the three of us had gone swimming, but the water was no relief unless you went out deep. Neither Steffy nor I wanted to go deep because Billy couldn’t. Billy is five.

King pulls the reader into a coming storm in a northern New England town. Does the reader want to be there? What choice is he given? We know almost nothing about the characters and yet it isn’t necessary. The only description given is that Billy is five. And, his age stops Steffy and the protagonist from swimming into deep water. We can’t but like the main character for his personal sacrifice to stay with Billy. King tells us so much by telling us so little about the characters in the story. In this case, less detail tells us more.

There are many ways to create empathy for your characters. Direct and indirect characterization are two effective ways. When reading your favorite authors see how they are influencing you to keep reading. Take heed in their methods and try them out yourself.

Remember, create a strong protagonist that people can relate to. An individual that they can empathize with. A character that has flaws that can become strengths. Sometimes allow for their defects to be their downfall. Experiment with how your personas live in the pages of your book. Describe them in detail. Or, if you choose, allow the reader to discover their personalities, talents, and mishaps a bit at a time?

Your characters need to have lived before they surface in the pages of your story. They have memories, emotions, and dreams. Give the reader a chance to visualize the protagonist as a real person. Give enough information on the secondary characters to create a three-dimensional world. Make the reader root for your main character and his supporting cast.

Don’t forget to bring these additional personas back in future stories. Create a fan base of ardent bookworms that cherish your protagonist(s).

What emotional state is your protagonist in?

Get your free filmmaking forms, including talent and location releases.

If you have a story that would make a great blog post, let us know.

If you have a comment or a question, please leave a message. If you want a quicker response, click on the WhatsApp button and chat.

Great story telling is about characters. They must have personal desires, even if they are trivial.

Control your thoughts and you have self-control.

In the book, ‘The Law of Success’, a student asked the author, Napoleon Hill, how does one get self-control. The author responded by asking him

Kurt Vonnegut had some definitive rules on writing fiction. The first is to be kind of other people’s time. Don’t waste it.

Five unique designs that you can use immediately.